A Journey of a Thousand Miles Starts with One Step 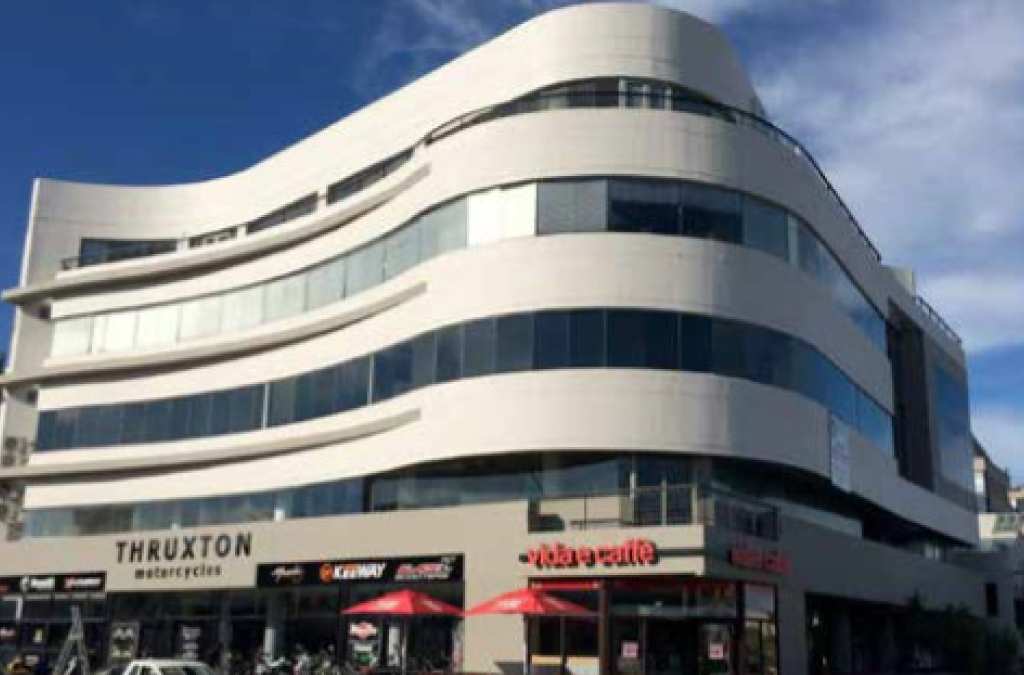 Apart from investing in strategic properties in the Western Cape, Spear Properties is rallying behind the rejuvenation of some of Cape Town’s key commercial nodes. We speak to Spear Properties’ Managing Director Quintin Rossi about the company’s growth in and invested focus on the greater Cape Metropole.

Western Cape-based private equity real estate firm, Spear Properties, was established in 2012 by three Cape Town based property professionals Mike Flax, Abu Varachhia and Quintin Rossi.
We met up with Rossi, Spear Properties’ Managing Director, to talk about the journey thus far. “I guess in life there are certainly moments when you are given a once in a lifetime opportunity and I would undoubtably say that this is what was placed before me by Mike and Abu when the idea of establishing Spear Properties was put to me”, notes Rossi. He adds, “I have been in love with dealmaking for as long as I can remember, whether it was trying to sell office automation equipment in my father’s business in Rustenburg as a little boy to concluding an acquisition of a multimillion rand distribution centre”.

Rossi recalls how he used to walk door-todoor delivering business cards to receptionists in the effort of attracting potential tenants. Ironically, some of the very same buildings he formerly leased space to companies are now properties that form part of the Spear Properties portfolio.

During his tenure he was responsible for the execution of the business’s national leasing strategy; and as the JSE’s secondlargest property fund, this would be no simple task as at the time Redefine Properties Limited owned in excess of 300 properties nationally.

Rossi notes that, “When my time at Redefine had come to an end I had finally decided to start my own property consulting and leasing business and I really put my faith out there that my business would be blessed and would prosper.

“During this time I was approached by many property owners in the greater Cape Town area to join up with them and run their portfolios but I was hesitant for reasons I did not fully understand at the time – something I would soon realise later on”.

Rossi says he remembers the day like it was yesterday when he got a message on his phone from Mr Flax asking to meet up and discuss the formation of Spear Properties along with Mr Varachhia.

“Before long the heads of agreement for the acquisition of our first property portfolio was concluded and the honeymoon was over! Countless hours was spent on establishing the various business entities; preparing for our Competition Commission filing; setting up bank accounts; and drawing up budgets and forecasts for each property.

“This was done so that we could fully understand what the future held for each assets based upon the leases that were in place over the properties at the time, and most importantly, getting the banks to finance our new venture…I refer to this part of the journey as the “baptism of fire””.

Why solely focus on the Western Cape property market? “In Afrikaans there is a saying, “ver van jou goed, naby aan jou skade” which translates to: if your assets are far away from you, then the damage to those assets would be close by,” remarks Rossi.

“Thus I personally like to visit every building to maintain and monitor the assets which bodes well for improving our portfolio, and I enjoy interacting with our tenants which also gives them a sense of comfort that they know I’m easily accessible when required”.

To date, Spear Properties boasts a R980 million property portfolio with a 99.5% occupancy level with just on 104 000m² (GLA) of which 42% of the properties are being let to single tenants and 58% to multiple tenants ranging from JSE-listed entities to small- or medium-enterprises. The evenly-distributed geographical spread of the portfolio gives Spear Properties the opportunity to enjoy a broader market catchment as opposed to being overly represented in one specific area. The portfolio presents stable income over the short-, medium- and long-terms with a number of redevelopment opportunities that will allow the organic growth and increase income in the portfolio.

Spear Properties is actively involved in the regeneration of the Cape Town nodes of Salt River and Tygervalley – areas that are experiencing increased urban challenges due to various service shortcomings from law enforcement and the local city council.

Spear Properties contributed to the establishment of the now approved and operational Salt River Business Improvement District (BID) and is currently involved in the proposed establishment of the Greater Tygervalley Commercial Special Rated Area (SRA). “We see the current redevelopment of properties such as the Pals and Cornerstone buildings as well as the Upper East Side development in Salt River as an improvement to the area; and we are of the view that the established BID adds greater credibility to the area, making it ripe for investment,” says Managing Director of Spear Properties Quintin Rossi.

“We are currently formulating a Greater Tygervalley Commercial SRA which will uplift the area and bring about additional security and public area cleaning services. The implementation of SRA’s improves nodes and stimulates the economy,” adds Rossi.

In August 2012, several properties located on Edward Street, Tygervalley were acquired by Spear Properties in the effort to improve the properties for tenants and thus rejuvenate this economic node back to its former glory as an office and retail destination hotspot. Along with other property owners, Rossi is working closely with the City of Cape Town to establish the Tygervalley Commercial SRA, an initiative that has already been kick-started in which the City will allow the establishment of a non-profit organisation that will introduce improved security and public area cleaning features to the public areas in the proposed area.

Although still in a preliminary phase, Spear Properties has taken the initiative to implement additional manned security measures as well as IP CCTV cameras that can be monitored off-site. A dedicated landscaper appointed by Spear Properties has also been actively tending to public areas directly infront of their assets so as to ensure that the area remains clean and well-tended until the Tygervalley Commercial SRA is established.

Rossi notes that this project boasts a strong social responsibility aspect to it that is required by the City of Cape Town. The project will assist in the upliftment of homeless individuals by training them and providing them with certain forms of employment.

Future endeavours While Spear Properties is eagerly engaging with urban renewal projects, the firm is also contributing towards the Western Cape’s tourism and hospitality industry through its ownership and management of the Double Tree by Hilton Hotel at the Upper Eastside in Salt River, Cape Town where Spear Properties’ offices are based.

“As Spear’s very first hospitality asset acquired, the DoubleTree by Hilton Hotel is the first DoubleTree, an American hotel chain part of Hilton Worldwide Group, hotel of its kind in sub-Saharan Africa. We have placed this asset on the international stage by entering into a long-term franchise agreement with the Hilton Worldwide Group,” says Rossi.

He adds, “Historically, the hotel was known as The Upper Eastside Hotel which was predominantly frequented by business travellers and conference venue users. The latter is still the case, but in aligning ourselves with an international brand like Hilton, we have seen an increase in foreign, namely European and American, guests over periods that previously didn’t yield acceptable occupancies.

“This, in my view, is directly attributed to the incredible value that the Hilton Honours Programme offers as well as the sheer number of Hilton Honours members worldwide which is in the region of 27-million members. Furthermore, there has been revenue-per-room growth, and the conference aspect has stimulated further global interest,” adds Rossi.

“We are very satisfied with the performance of this asset which has been rated by the New York Times as a top global destination for international travellers. In light of employment up-skilling, the hotel boasts 150 incredible staff members which boasts a positive indirect impact on the development and expansion of the Western Cape economy,” explains Rossi.

Looking towards the future of Spear Properties, Rossi says that the firm’s strategies are well-aligned to continue focussing on creating value and ensuring that long-term tenant retention and prudent asset investment is ensured.

“From an investment perspective we need to tick all the boxes. We are not in a hurry to expand for the sake of it – we have strict investment criteria. Given the variety of social, economic and financial challenges being faced in South Africa, we need to take this into account when deciding on assets and growth,” says Rossi.

He adds that perhaps a future listing is on the cards for Spear Properties; but for the short- to medium-term, Rossi is determined to grow the business and its assets so as to ensure that its future listing makes a meaningful impact on the JSE.